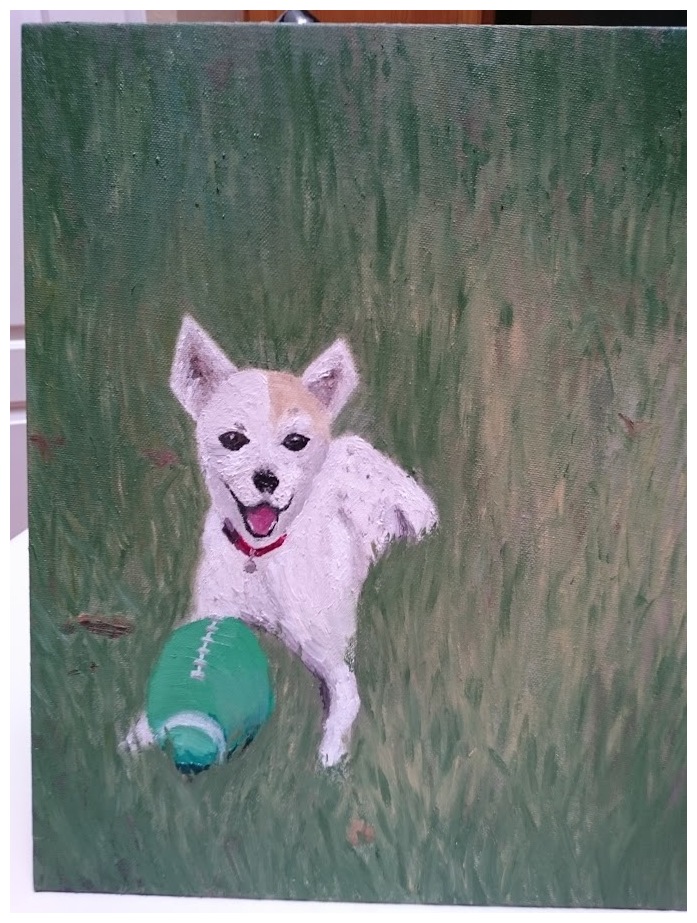 Previous Next
← previous day next day →

My first attempt at painting a dog, was supposed to be a quick practice painting but it was a two month ordeal trying to get it right.

He was a pretty dog, people always were commenting how he appeared to have had black eyeliner and lipstick on. Very spunky hyper dog. We lost him to liver failure March 2016.

Great artistic talent to create this masterpiece!! Sorry to hear that you lost Lucky to liver failure. :-(